About AEON 1% Club Foundation About

In 1989, the AEON Group 1% Club Foundation was established by the proposal of Takuya Okada, the Representative Director and Chairman of JUSCO Co. Ltd. at the time when corporate social contribution activities remained largely undeveloped in Japan.

On the occasion of JUSCO’s 20th anniversary year, the aim was to embody the newly-formed AEON Group’s basic principles of pursuing peace, respecting humanity, and contributing to local communities, and to fulfill our social responsibilities as a constantly innovating corporate group.

In order to consistently carry out s uch a c tivities r egardless of corporate performance, it was determined that each of the major AEON Group companies would donate 1% of their pre-tax profits to the Foundation, and the themes of the Foundation’s projects were set out as Environmental Protection, International Cultural and Interpersonal Exchange, and Regional Cultures and Social Development.

The roots of the social contribution activities tackled in these projects can be traced back to the era of Okadaya, one of AEON’s forerunners as a company. In 1958, Okadaya organized a scholarship society named Fujukai* for children orphaned by traffic accidents, and awarded a scholarship stipend equivalent to a month’s tuition fees to five high school students every month. Affiliate companies subsequently continued this activity, and it became a key point in the inception of the AEON Group’s corporate culture, in the sense of starting off first with what can be accomplished regardless of the scale of the company.

*Fujukai
Fujukai was named after a traditional Chinese proverb, “The Grief of the Swaying Tree”, which expresses the grieving of children who have lost their parents.In 2017, Fujukai has been revived as an allowance-based scholarship system by the Okada Cultural Foundation, of which Takuya Okada serves as Chairman, and provides support for the school expenses of high school students aiming to enter university. 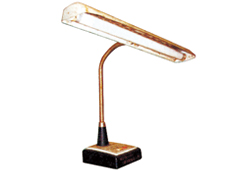